Small pox in the city and the hired slaves

When the brick-making contractor John Mitchell heard that Bennett Fenwick, whose slaves dug clay, was planning to “bring smallpox to the city” and inoculate members of his family, the commissioners’ hired slaves soon knew about it. A group of them approached the commissioners and asked to be inoculated against smallpox. The commissioners sent ten of them to the hospital and deducted the doctor’s fee for those inoculations from the wages sent to the slaves’ masters. We know the inoculation of “Negro Emmanuel” who worked at the Capitol cost his master Alexander Scott seventeen shillings and six pence. But the commissioners did suffer a loss. It took a patient several days to recover from inoculation, and that year, the commissioners had promised masters not to deduct wages for time not on the job if their slave was sick.
Quote from Slave Labor in the Capital, page 139


The commissioners described the slaves who asked to be inoculated as "Slye's labourers." Slye was the overseer at the Capitol.  The note to Dr. Crocker, of which I don't have a copy to scan, made clear that the slaves asked for the inoculation. It was at "their request." A month after the March 5, 1795, order to Crocker, he was replaced on April 27 by Dr. Brown who was to get "$1.33 per head for all laborers engaged in public employment." In September 1795 the commissioners paid Dr. Brown $21 for inoculating laborers.

However, the commissioners made some sacrifice since inoculation entailed preparing the patient with medicine in hopes that when he was exposed to smallpox he would have an easy course of the disease, and, of course, while he was sick, he had to remain in isolation. The commissioners didn't penalize the master for the time the slave might have been in isolation. In their 1796 newspaper advertisement soliciting "120 good laborers", the commissioners offered masters $60 for the year, a place for the slave to lay his blanket, rations, and "attendance by a physician and no deduction for sickness."

The receipt below was made out to laborer Thomas Dixon whose slave Will was inoculated in 1797 at a cost to Dixon of $3.

Below that there is a 1795 letter to speculator/developer John Nicholson. In the second page his manager explains that work will be delayed 6 weeks because his joiners had to be inoculated. 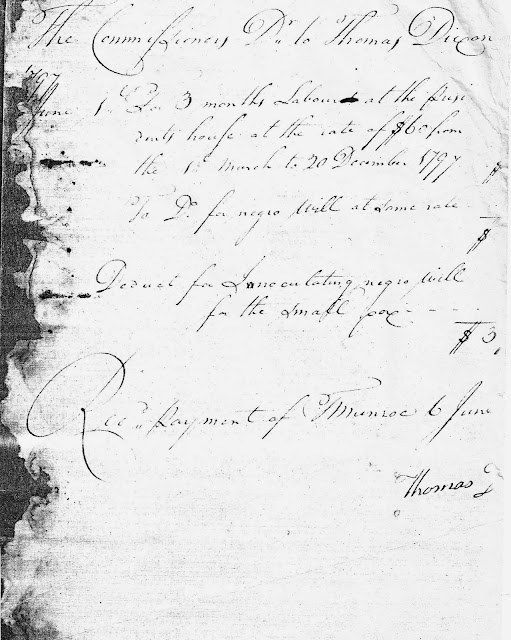 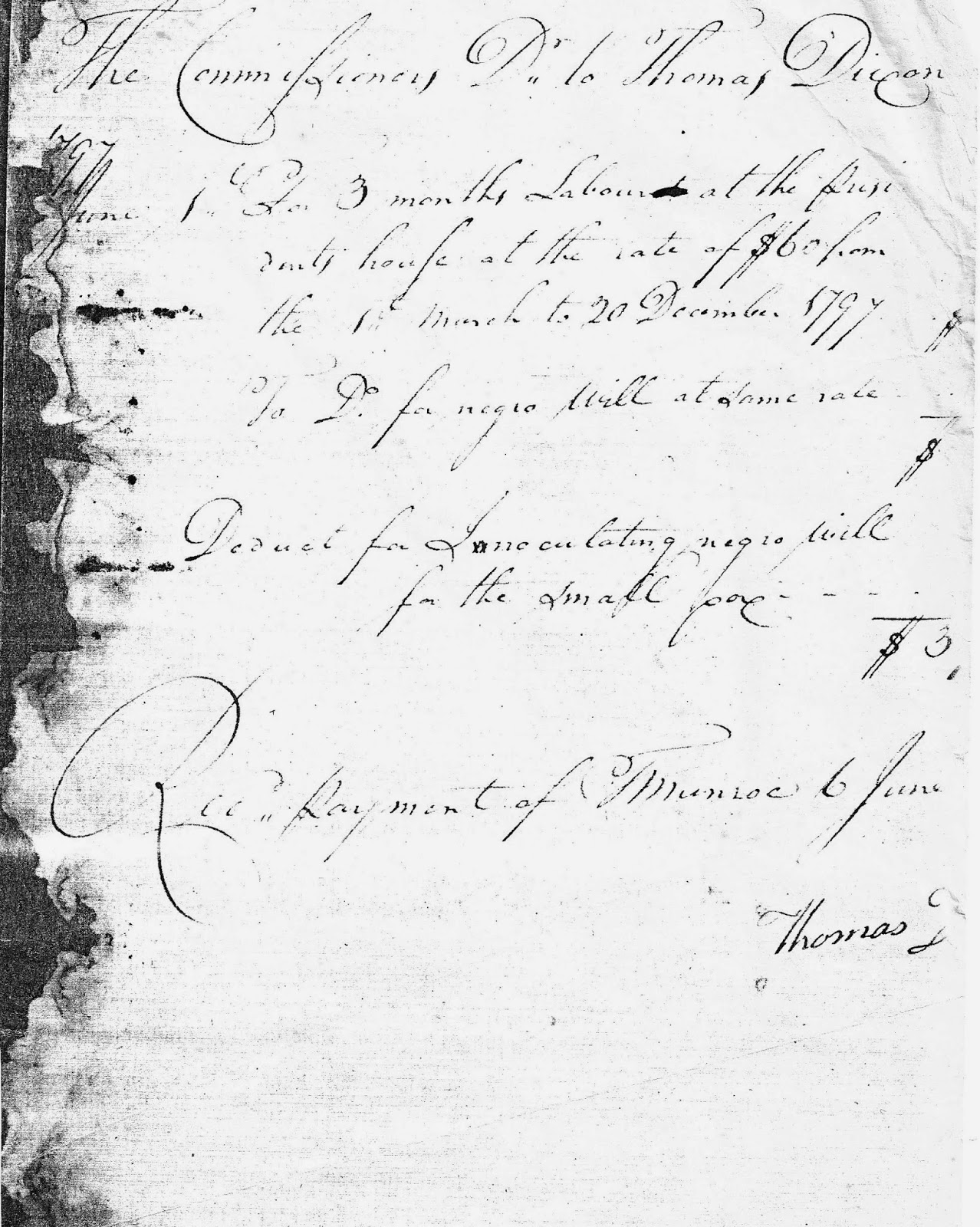 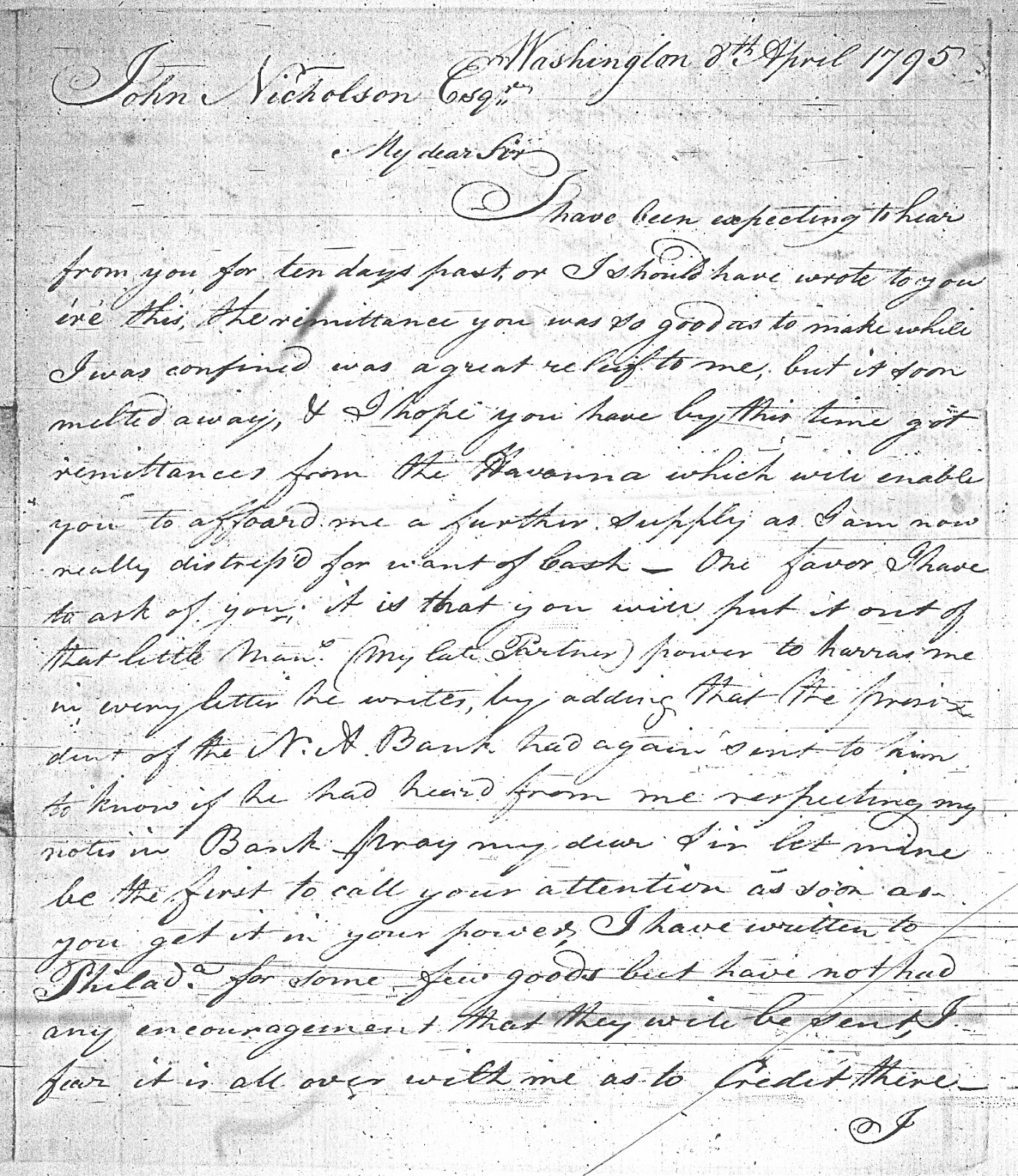 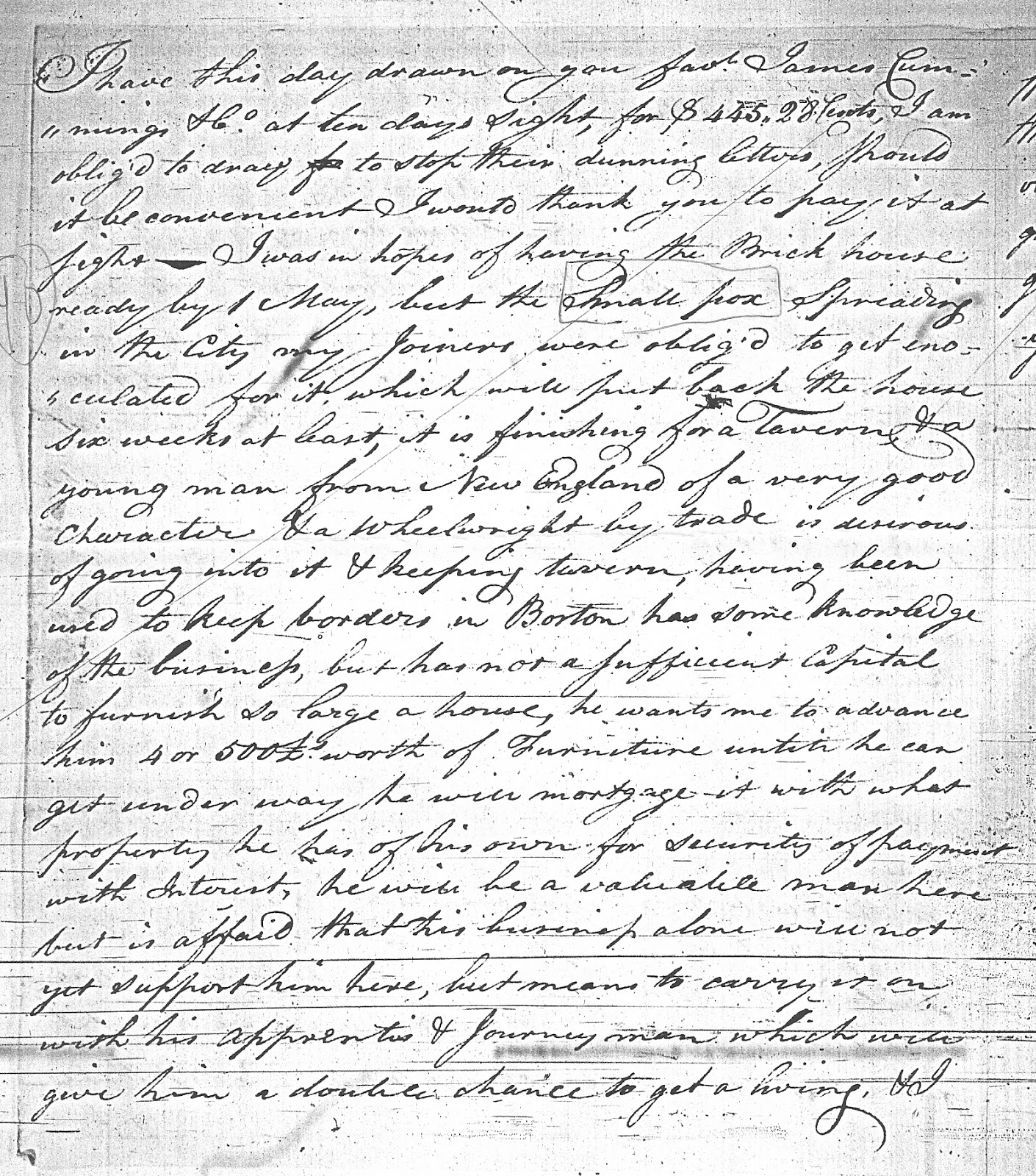