The commissioners made that clear in December 1792. They bought a tract of woods called White Oak Swamp in Westmoreland County, Virginia, convenient to the Potomac so timber could be rafted up to the site of the White House. Their agent in the matter was William Augustine Washington, the President’s nephew. Young Washington found a man to oversee the operation and was advised by him to hire "twelve good Negro carpenters and ten Axe-men." Washington urged the commissioners to close the deal before Christmas, "as a Number of Negroes are generally hired out in this Neighborhood on New Year's day, after which time it will be difficult to procure them."
Quote from Slave Labor in the Capital, page 32

The letters William Augustine Washington wrote to the commissioners in late December 1792 show how tradition dictated the way slaves were hired, around New Year's Day and for a whole year. The letter also shows how sophisticated the process was. Young Washington, a gentleman planter like his uncle, found a Captain Elliott Munroe to hire, house and feed the slaves hired.

After Washington's letter to the commissioners, I added the commissioner's letter to him which I argue shows how they tried to wiggle out of paying any hired slaves carpenter's wages. I think the letters show that white contractors like Munroe were looking to optimize the profits to masters and himself by highlighting the skills of slaves by calling them carpenters, the commissioners were bent on keeping all slaves hired on laborers' wages. 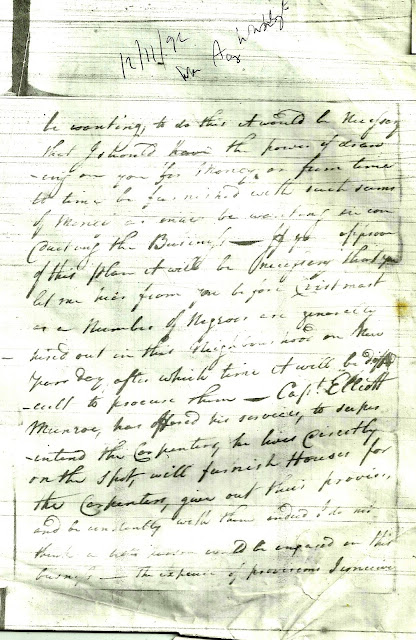 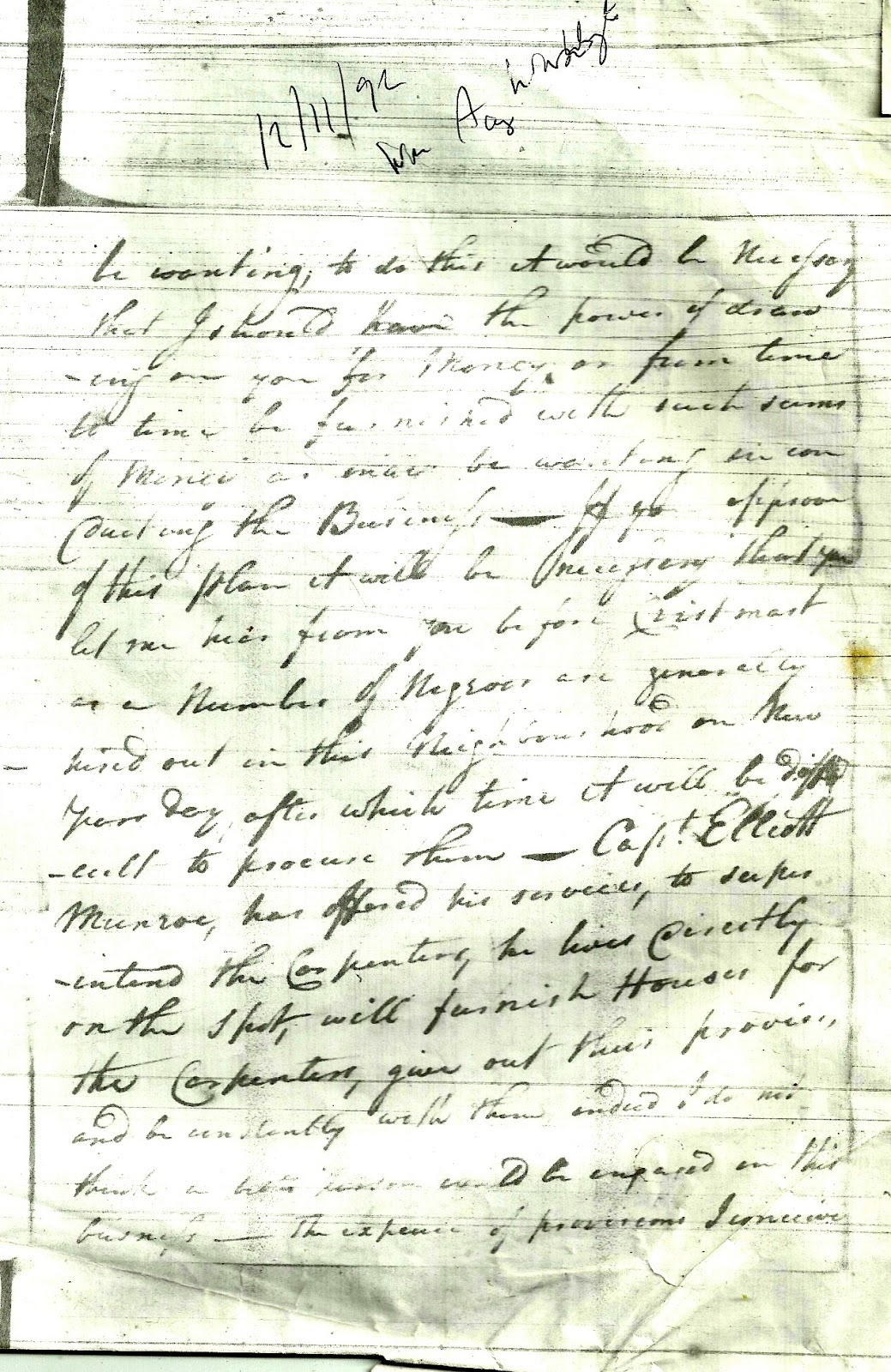 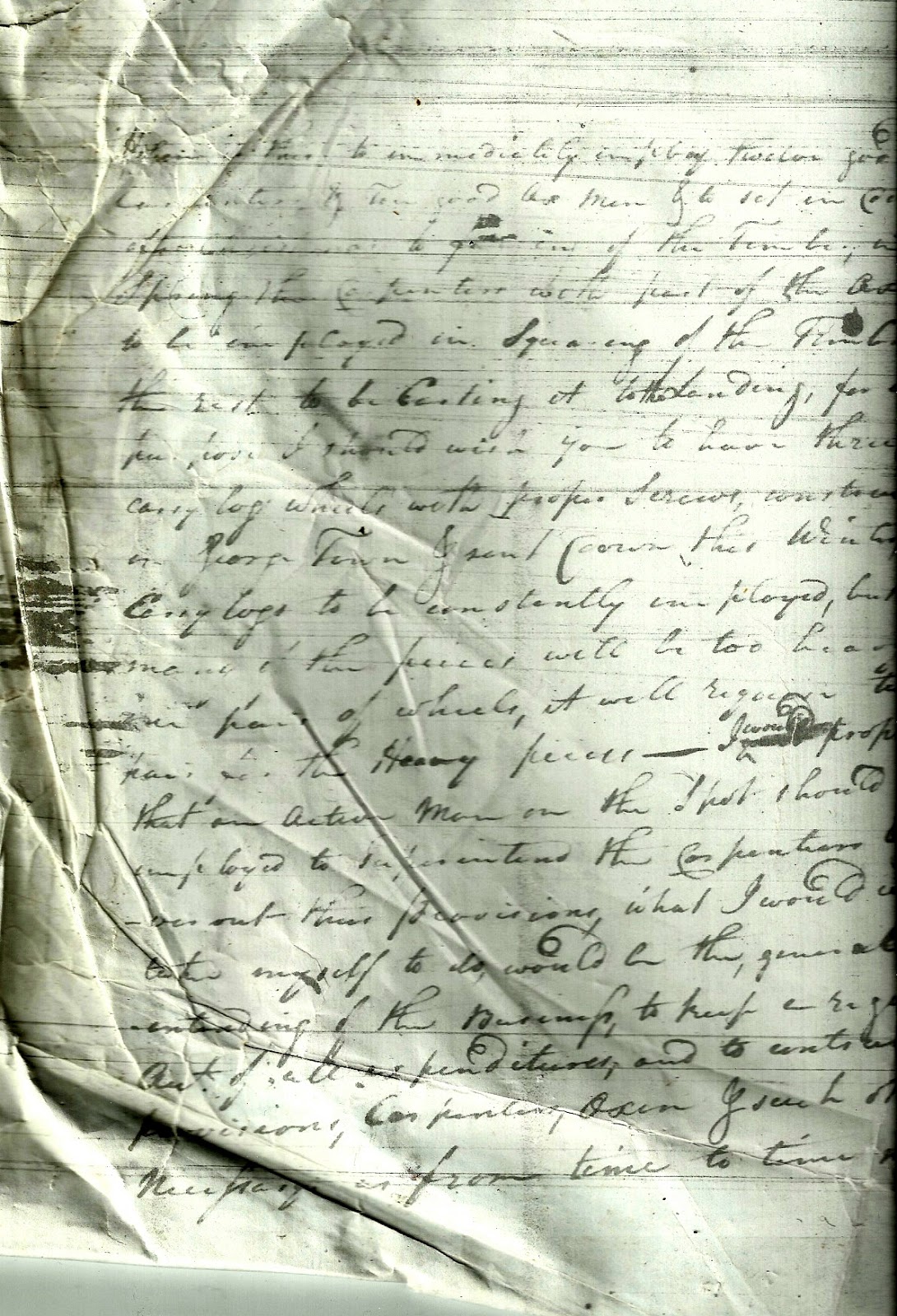 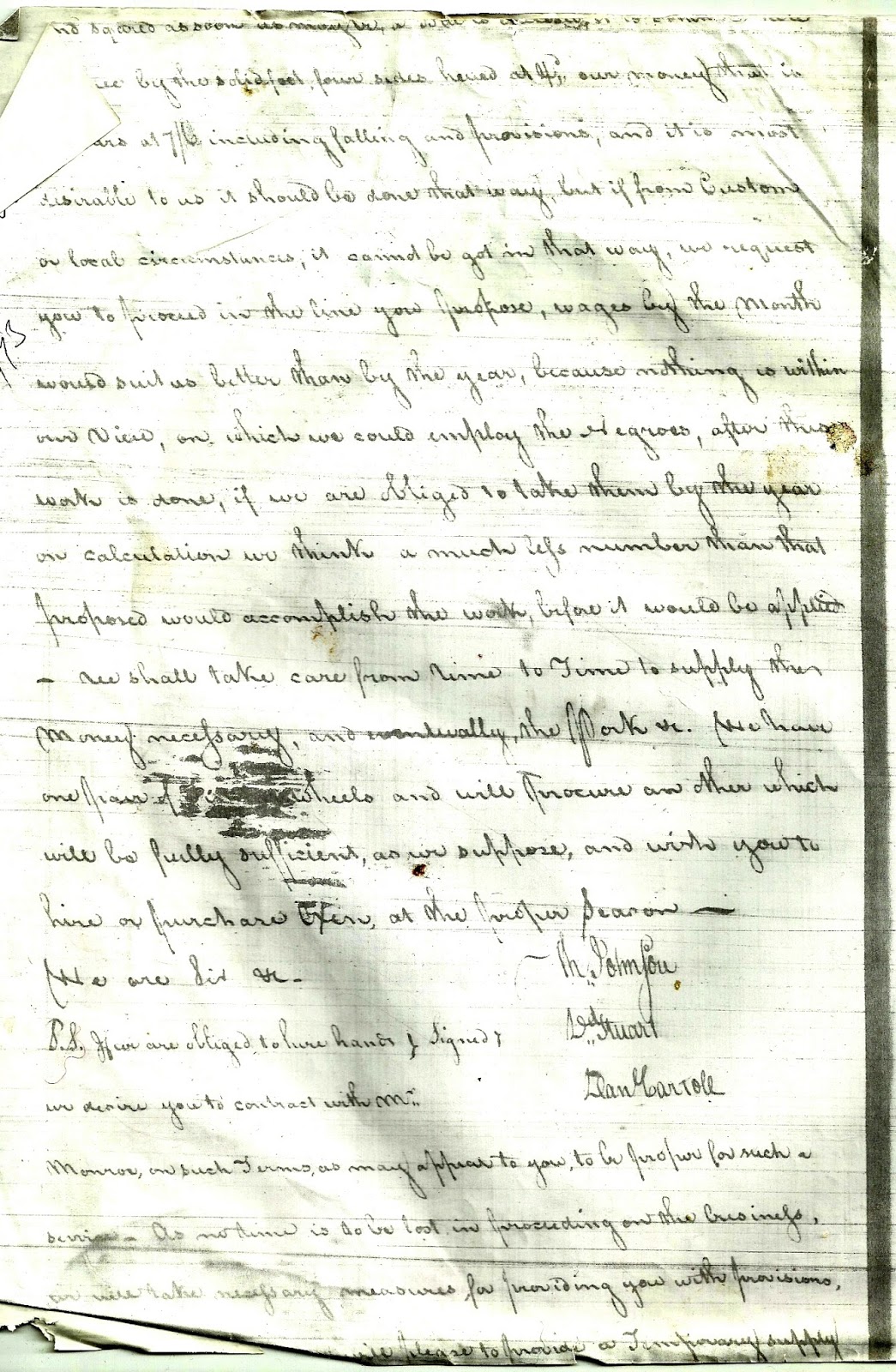