Hired slaves preparing the city in 1800

"Meanwhile in May, Smallwood placed an ad for 8 men good at ditching. It must have been a come down for a man who once supervised five times that many men. Shortly after placing that ad, Smallwood went to work at the Navy Yard where he could place ads for 30 to 40 men."


I photocopied this page of the commissioners' proceedings because of the order that the overseer of the laborers Samuel Smallwood "keep not less than four Labourers engaged in ditching and levelling..." That laborers, presumably hired slaves, did such work is not surprising, but that so few were assigned to do the job is remarkable. The distance between the White House and Capitol was over a mile, and there were more roads that needed ditching and leveling. This might be described as a token crew deployed to answer particular complaints, not a serious effort to see that the city had good streets with good drainage. 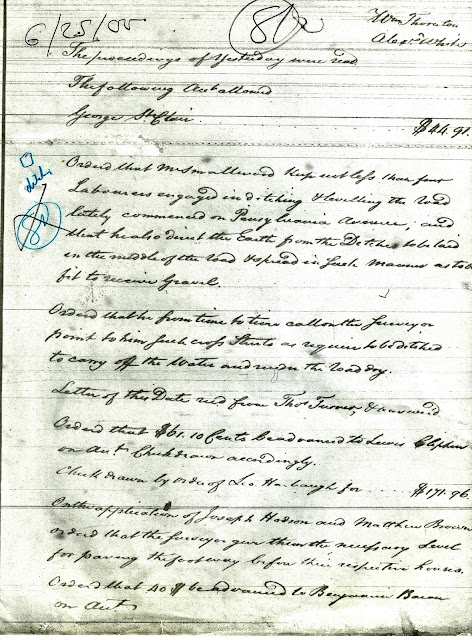 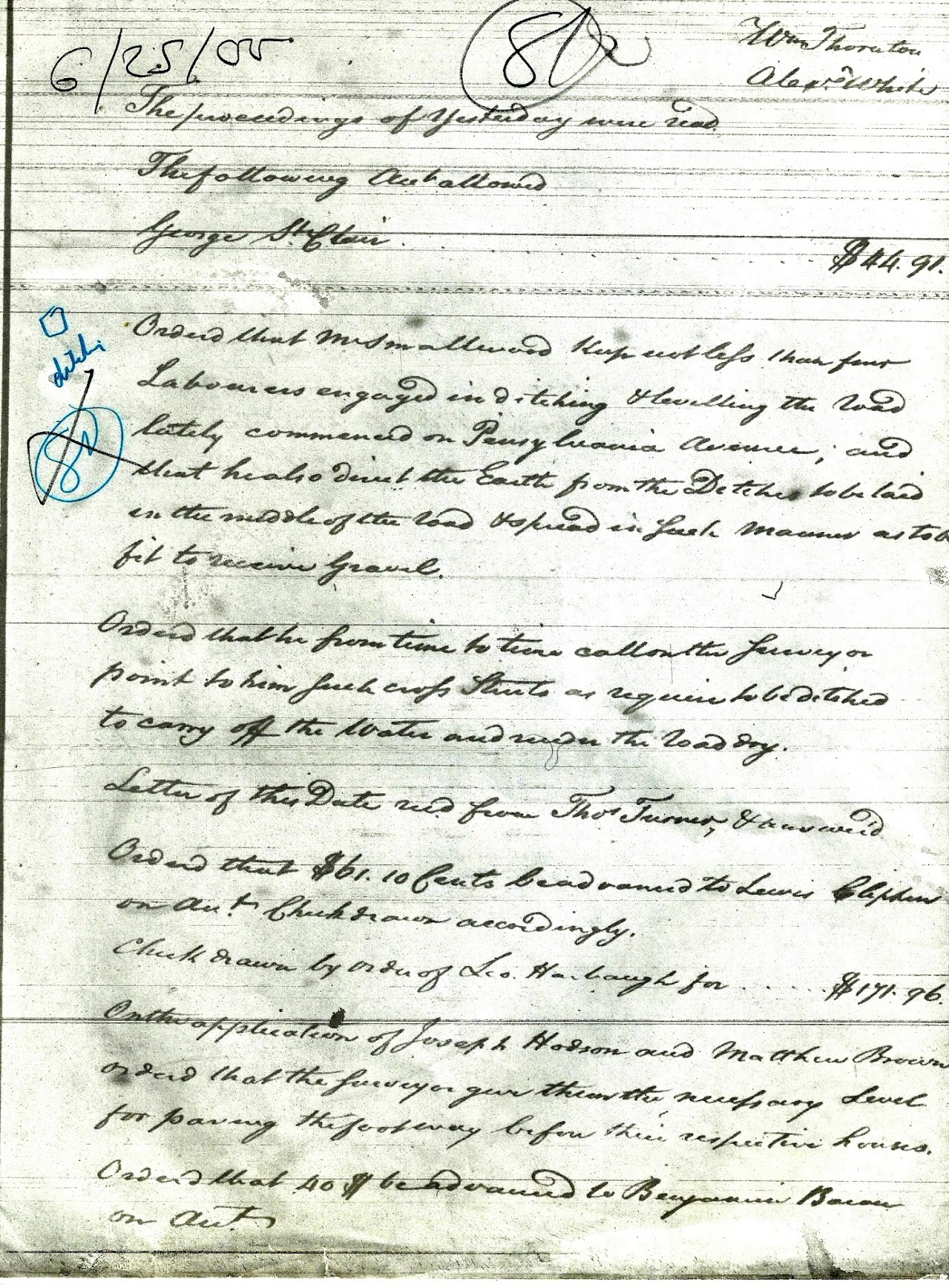